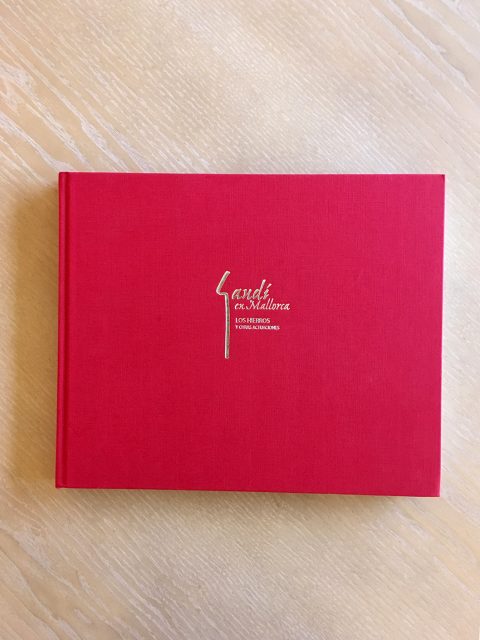 Gaudí en Mallorca. Los hierros y otras actuaciones: Since there has been very little information found around the forge work of Gaudí, an exhaustive research was developed. Researchers have found pieces in Majorca Cathedral and the Episcopal Palace, as well as in the Montesión Church. The book contains drawings of each of the pieces for the reader to observe its details and shapes as well as their construction process. The second part of the book explores the architectural reformation Gaudi performed in the Cathedral and its different parts.