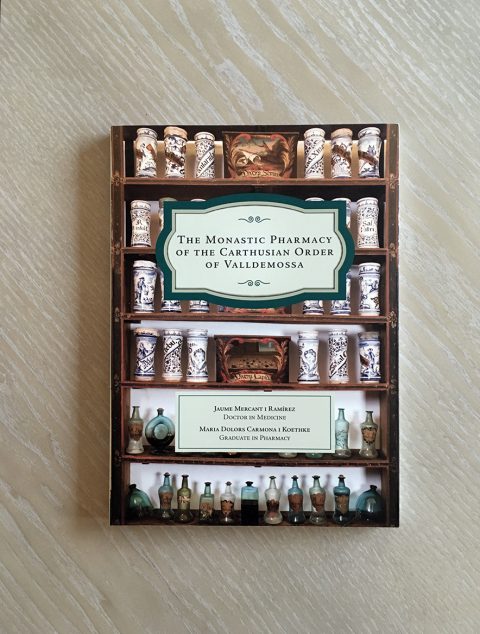 The Monastic Pharmacy of the Carthusian Order of Valldemossa by Jaume Mercant i Ramírez, Maria Dolors Carmona & Koethke

The Monastic Pharmacy of the Carthusian Order of Valldemossa: Small publication about this relic housed at the ‘Cartoixa de Valldemossa’. A pharmacy founded by the monks in the early eighteen century, the third oldest pharmacy in Spain. The Charterhouse cultivated medical herbs in their little garden.

La Cartoixa de Valldemossa: The charterhouse was founded as a royal residence and later converted into a monastery of the Carthusian order. The monastery existed from 1399 until its secularisation in 1835 under the Ecclesiastical Confiscations of Mendizábal. Now it’s open to the public to showcase the antique things of the ancient times in an incredible way which make its a real enjoyment for all age groups.