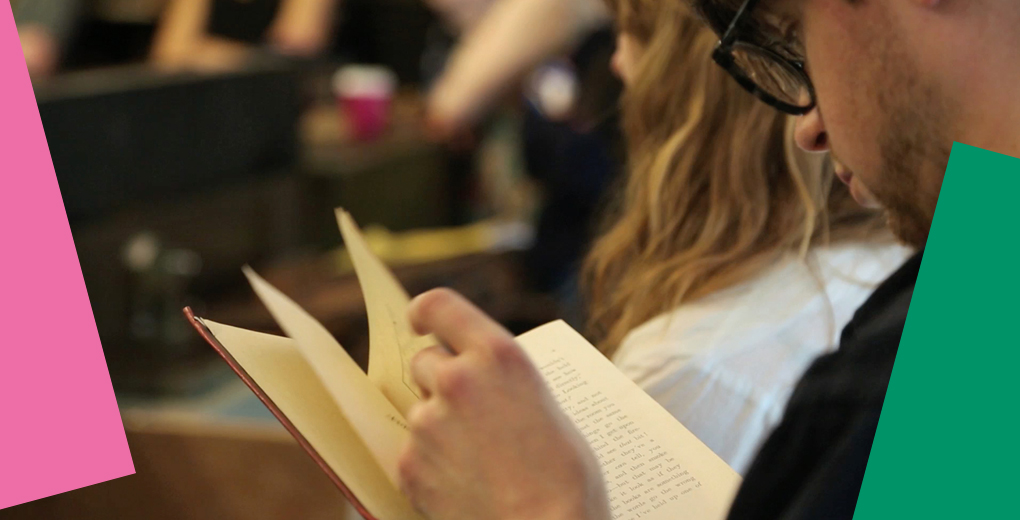 For the third Speaking Volumes event, on April 21, we invited the audience to joined us for an evening of commonplacing. The event took place at the amazing Glasgow Women’s Library space during our exhibition Speaking Volumes.

The practice of commonplacing became significant in Early Modern Europe as a way to compile knowledge, usually by writing information into books. As such, commonplacing techniques have their origins in antiquity: in the idea of loci communes – which freely translates into ‘gathering what can be shared’. In the most general sense, a commonplace book contains a collection of significant or well-known passages that have been copied and organized in some way.

During this event, we invited the audience to help us write a contemporary Common Place book on the occasion of Speaking Volumes. Members of the public brought along to the library a book by a woman writer that relevant to their life and practice with a selected excerpt to be shared.Discovering and foregrounding the women that have been of relevance to our community.