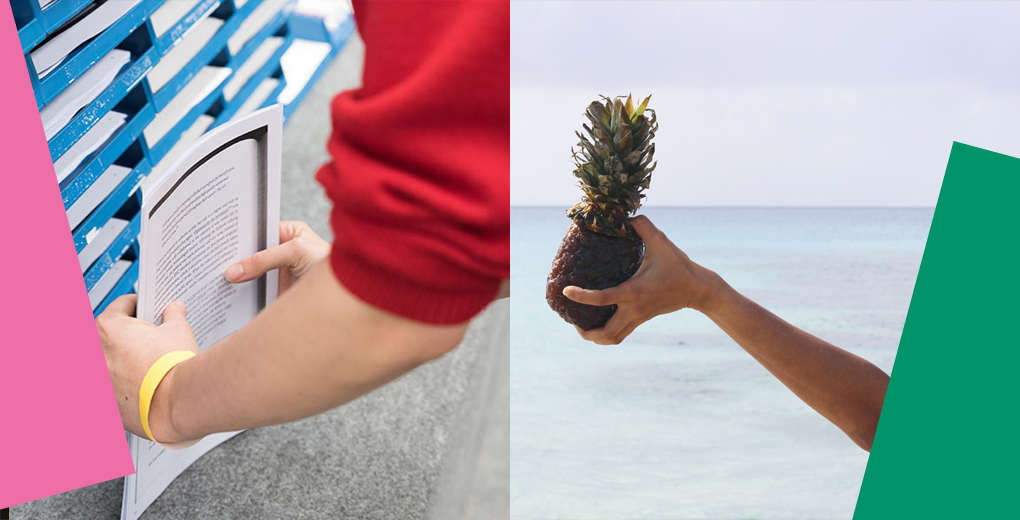 For the second Speaking Volumes event, on April 17, we opened up the topic of the female role in labour and capitalism through a shared conversation between artist Kristina Bengtsson (Hour Projects) and artist Alberta Whittle. The event took place at the amazing Glasgow Women’s Library space during our exhibition Speaking Volumes.

Hour Projects is an ongoing collaboration between artists Kristina Bengtsson and Kevin Malcolm. Established in 2012 in Copenhagen, it is a multi-disciplinary platform which includes curatorial practice, live audio-visual performance, art production and the publishing house Hour Editions.

Alberta Whittle is a Barbadian multidisciplinary artist, researcher, journalist, performer and educator. She studied for her BA (Hons) at Edinburgh College of Art and is a Masters graduate from Glasgow School of Art. Her practice is concerned with the construction of stereotypes of race, nationality and gender, considering the motivation behind their perpetuation and the different forms in which they are manifested. During the event Alberta will be reflecting on projects such as ‘Right of Admission’, 2015, a site-specific performance exploring how Western or Eurocentric conventions of beauty, acceptability, appropriateness of dress and bodily features, dominate as social conventions in post-colonial settings.